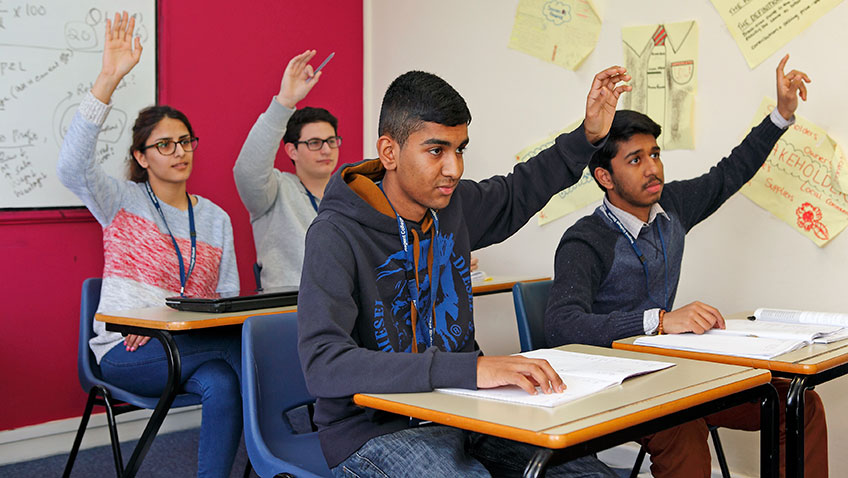 Since 2015 A-Levels have been under reform, returning them to their linear format of old, and in doing so decoupling the AS from the A-Level and making the AS a stand-alone qualification. These changes are being implemented over the course of 3 years. The new linear qualification started being taught in September 2015 for many but not all subjects; this means that many students over the next 3 years will be taking a mix of both modular and linear A-Levels, as some subjects are still yet to change to a modular format. Additionally, the content of many A-Levels is being drastically changed, and some subjects such as Environmental Studies, are being scrapped altogether. In order to combat grade inflation, the January exam session was scrapped several years ago, giving students fewer chances to re-sit papers, and this reform is the next step. It is therefore now an individual student’s choice as to whether they sit an AS exam, during the first year of the course in addition to the complete set of exams at the end of their second year.

There are many arguments in support of the A-Level reform; a particular emphasis has been placed on the extra teaching time available due to the elimination of the AS summer exams. Further, the new A-Levels should be tougher, having the intended effect of reducing the amount of students achieving top grades, with only the extremely gifted students getting the very top grades, thus universities and employers should find it easier to select the most able candidates.

However, this reform has also faced a lot of criticism. One of the main arguments against the A-Level reform is the negative impact it will have on the university admissions process, with tutors being given less data on students on which they can base their offers to applicants. This means that universities will now have to place more of an emphasis on GCSE results, predicted grades and their own aptitude tests. Universities may find it much more difficult to make offers based on these pieces of data, as predicted grades can often be unreliable and GCSE results, whilst providing a good indication of a student’s abilities, are also undergoing reform, and unlike AS results do not provide solid evidence of a student’s current ability level. To further complicate matters, due to the staggered implementation of the changes, some UCAS forms will contain modular AS results, and some will not.

Many people and organisations have been vocal about their opposition to the A-Level reform including teachers, UCAS and universities. An example of this was the University of Cambridge voicing strong criticism to the A Level reform, issuing a statement saying it will, “jeopardise over a decade’s progress towards fairer access to the University of Cambridge.” The AQA exam board has also been critical, stating that it was “disappointed” that AS-levels would no longer be part of the wider A-Level. Chris Keates of the teachers’ union NASUWT also publicly showed a lack of support to the reform, saying, “Employers have not identified A-levels as problematic.”

It is also worth noting that over the past few years there has been an increase in the popularity of BTECs as compared to A-Levels, with an increasing amount of students who do a BTEC going on to university. This is demonstrated by the fact that last year the number of BTEC students in England going to university with grades equivalent to ABB+ climbed by 16%. At the same time 2,500 fewer students starting university in England achieved ABB+ at A level. This highlights the significance of vocational qualifications such as BTECs and their growing role as a pathway to university.

The increasing importance of BTECs is backed up by Mary Curnock Cook, the chief executive of UCAS, who suggested more pupils could desert A-Levels in the future because of a toughening up of the “gold standard” qualification. This serves to underline the importance of introducing students to alternate options and pathways to university, which are equally as well respected, but are less academically challenging and tailored to students who enjoy practical work.

Whilst many may be opposed to the A-Level reform, it is here to stay. Once the linear system has been fully implemented and analysis can be carried out on the exam results, it will become clear whether the return to a linear format was simply the unfortunate result of looking through rose-tinted spectacles, or the right step for our education system.