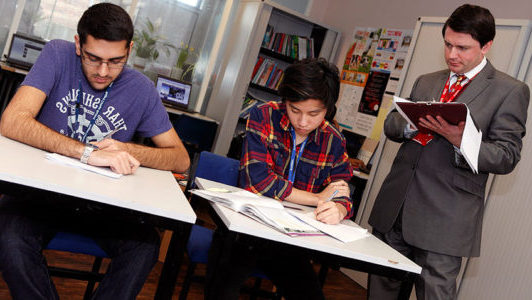 GRAMMAR SCHOOLS: BACK FOR GOOD?

Prime Minister Theresa May has recently announced that she will be ending the arbitrary ban on the creation of new grammar schools. The end of the ban has provoked a range of responses, as while the Prime Minister is not suggesting that we regress to a time when children were specifically segregated due to their ability, it places into question the support of the comprehensive school system, which many before her have spent time implementing.

Mrs May has commented, “This is about being unapologetic for our belief in social mobility and making this country a true meritocracy.”1

Further, she has proposed measures which aim to mitigate the risk that underprivileged children will lose out due to this change. These new selective schools will be required to take a proportion of disadvantaged pupils, and may, for example, be asked to establish a “high quality, non-selective free school”, or set up a primary feeder school in a deprived area.
The main advantage of bringing back grammar schools is the idea that it will bring about greater social mobility. This means that gifted students will be able to access a high standard of education, regardless of their background.

However, there has been a significant backlash in response to this reform, as many people believe the 11-plus exam is very divisive, as a large amount of children rely on extortionate amounts of tutoring to pass.

However, Education Secretary Justine Greening has commented on the 11-plus system saying, “We are looking at how we can make sure that that test is a very open one that able children, whatever their background, can get through.”2

Many people also disagree with re-introduction of grammar schools as they believe that segregating students at such a young age, purely due to their academic ability, is wrong as they fear it will have a negative impact on young children’s feelings of self-worth. It may also mean that only a small percentage of the most able students in the country will receive the highest standard of education.

This is a factor which Sir Michael Wilshaw, Chief Inspector of Schools, appears to believe is detrimental. He stated, “We will fail as a nation if we only get the top 15 per cent to 20 per cent of our children achieving well.”3

The topic of grammar schools will always be controversial, but only time will tell whether our new Prime Minister lifting this ban on them, will be in the best interests of our education system.