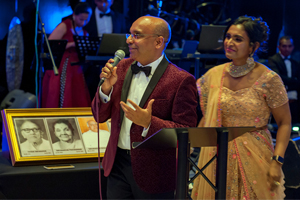 The Global Unity Dinner 2019, which succeeds and widens the reach of the Sri Lankan Unity Dinner 2018, promoted harmony, union and commonality between individuals worldwide in recognition of the importance of celebrating ‘oneness’ in the struggle against division of all kinds. The event sought to underline the importance of changing attitudes if we are ever to stamp out the issues that result in conflict.

The event commenced with a champagne reception before guests were encouraged to make their way into the Danziger Suite as the National Anthems of Britain and Sri Lanka marked the start of the proceedings with Selva and Tharshiny welcoming one and all. Tharshiny then shared with the audience a message of support for the Global Unity Dinner from Prime Minister Theresa May.

Dr Rami Ranger spoke of the personal experiences of unity within his family as his father moved to the UK and the requisite period of adjustment as he settled. One of the highlights of the evening was the unveiling of a bust of Selva’s late father, Senior Selvanayagam, sculpted by Prof Nadey Hakim, which was much admired for its likeness.

This was followed by the launch of Selva’s book, Thinking into Character, a guide to the creation of success and self-fulfilment. Prof George Holmes quizzed Selva on his inspiration for the book, what it could teach us, and how it could change mind-sets. Grace was performed by Dr Maurizio Bragagni and guests then enjoyed a variety of beautifully presented starters.

Mr Simon Blagden then held the attention of the audience as he spoke about British values, such as tolerance, kindness and inclusivity, and the necessity of teaching these at a young age so that children grow up with these traits embedded. Mr Rohan Pallewatta spoke of the horror of the Easter 2019 terrorist attacks in Sri Lanka and the changes he believed that the government should make to minimise a repeat of such an occurrence.

The next speech was carried out by Sir Anthony Seldon who drew attention to the lessons that must be learnt when tragedies occur and the difference this can make to current and future generations. A presentation by the team behind the Unstoppable charity then followed as they explained the work that the charity was doing promoting the well-being of young girls in a variety of African villages, making efforts to secure clean drinking water and the provision of schools and hospitals.

Mr Kailash Suri, Mr Tony Lit and Mr Mohamed Amersi then took to the stage with a lively and thought provoking discussion around the root causes of conflict and Tony relayed some of the words of wisdom his own father had shared with him. The keynote speech followed, presented by Mr Paul Scully, who spoke of steps being taken by the Conservative Party to promote unity within UK communities.

Tharshiny and Mr Ronel Lehmann then invited Miss Victoria de Silva, daughter of the late Sir Desmond de Silva QC, who was part of the team that successfully prosecuted Charles Taylor, the former president of Liberia for war crimes, to accept a Lifetime Achievement Award on behalf of her father. Guests then relished a delicious main before Ronel drew formal proceedings to a close with a loyal toast. The evening concluded with mouth-watering desserts and dancing as Sky High provided a variety of music to encourage guests to mingle and take to the floor. 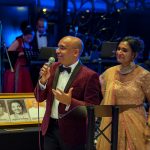 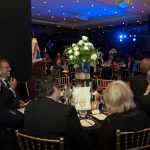 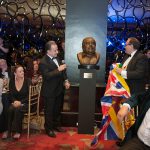 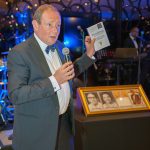 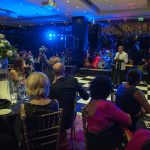 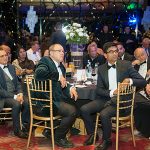 Our world and lives as we knew them have been flipped upside down, and now more than ever, it’s incredibly…